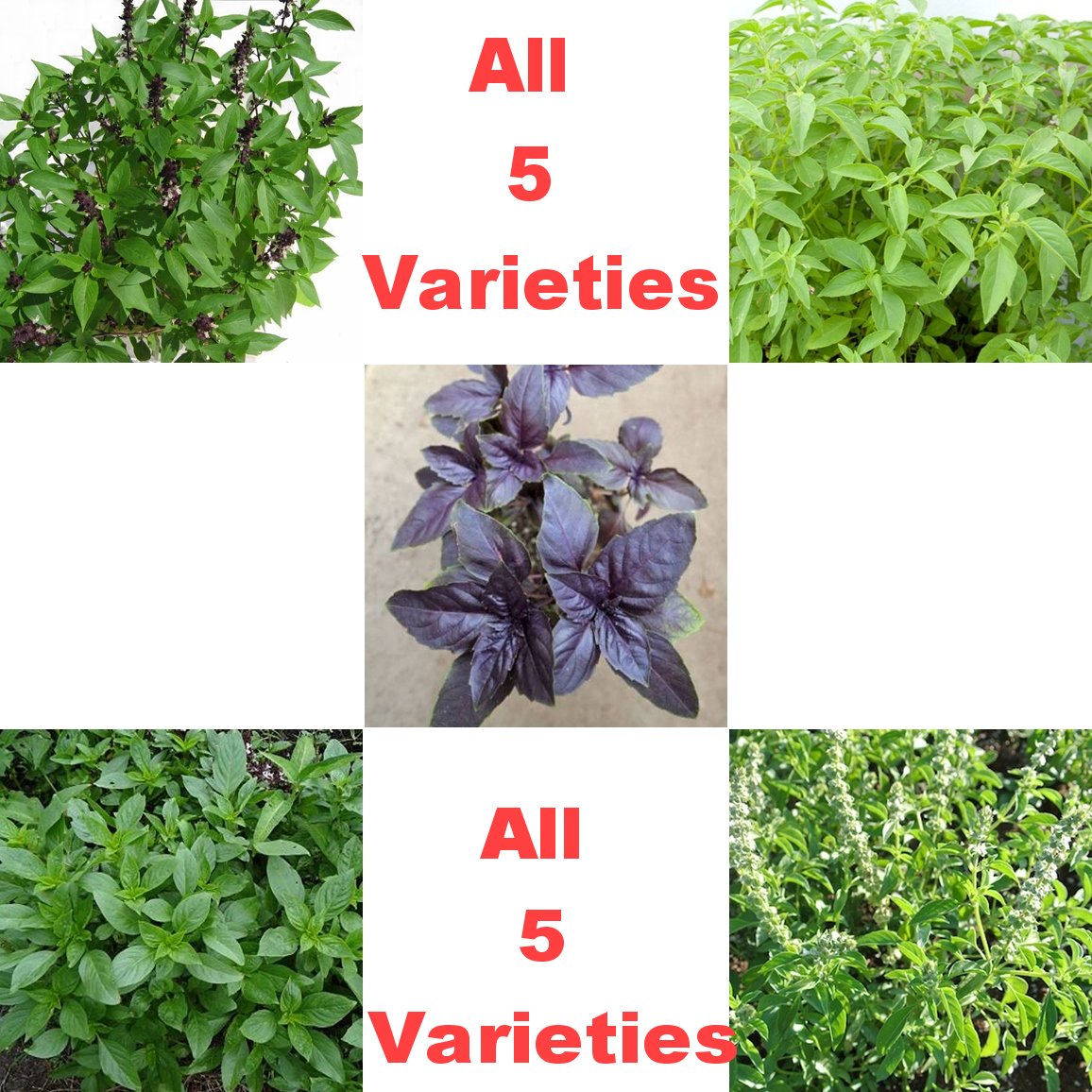 All 5 types of Thai Basil seeds we sell, in individual packets.

Thai Holy Basil (bai gkaprow), often called hot basil because of its peppery taste, especially when very fresh, and has a hint of mint and cloves. Since its exotic flavor becomes fully released with cooking, it is not eaten raw, but added in generous amounts to stir-fried dishes and some spicy soups.

Holy basil is so-called because it is a sacred herb in India where it frequently is planted around Hindu shrines.

Holy basil appreciates full sun but will tolerate filtered light and partial shade. Like other basil plants, it requires a well-drained soil and should be planted in the late spring to early summer. 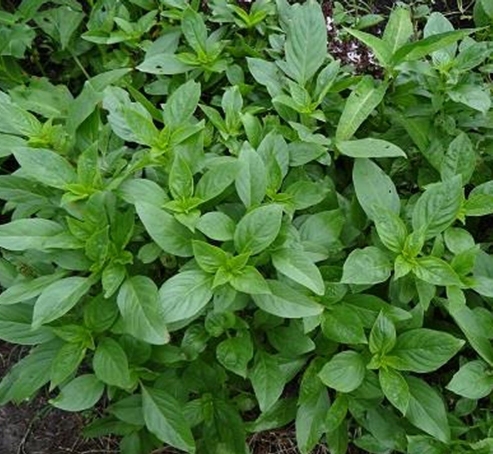 It is added by the big handfuls in whole leaves, to green and red curries and spicy stir-fried dishes; sprigs of it regularly appear with other herbs on vegetable platters to be nibbled on with spicy salads and chilli dips and added to soups.

Sweet basil is a tender annual that grows about 40-60cm high. It prefers well-drained soil in a sunny position.

Protect your sweet basil against cold winds and frost. Space the plants about 30cm apart and pinch out the growing tips and flower heads so encouraging a bushy habit. 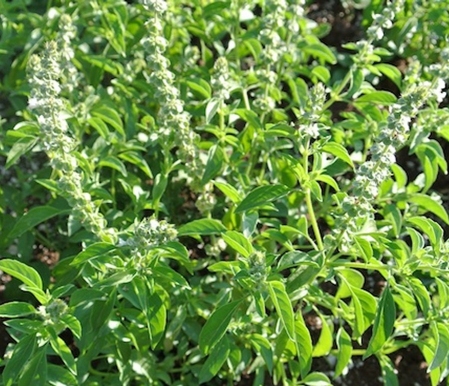 It has slightly hairy and pale green leaves, and is eaten either raw or used as a flavouring, and containing approximately 0.7 % volatile oil.

Therapeutic benefits include the alleviation of cough symptoms, and as diaphoretic and carminative agents. 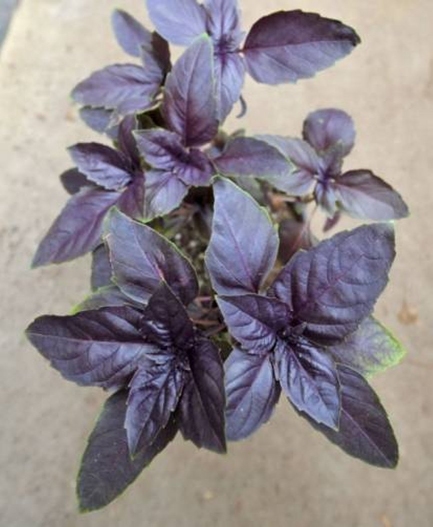 Thai Red Basil is not as strong tasting as bai gkaprow and has a more delicate taste.

Added in generous amounts to stir-fried dishes and some spicy soups.

Red basil appreciates full sun but will tolerate filtered light and partial shade. Like other basil plants, it requires a well-drained soil and should be planted in the late spring to early summer. 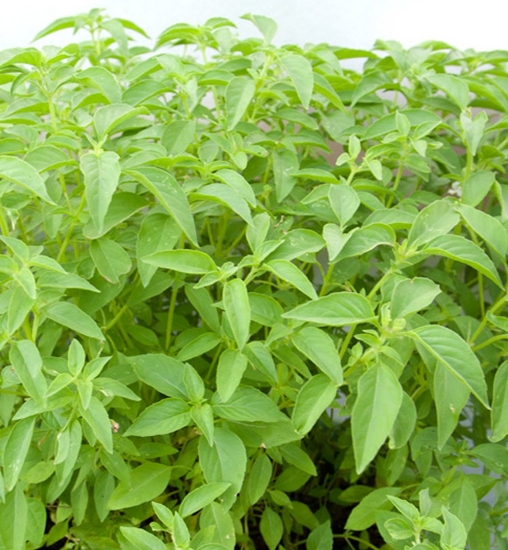 Lemon basil , or maenglak, as its name implies, has undertones of lemon in both scent and taste.

Lemon basil is the least commonly used type of basil in Thailand.

Used in a delicious sauce for different types of mussels or in soups. 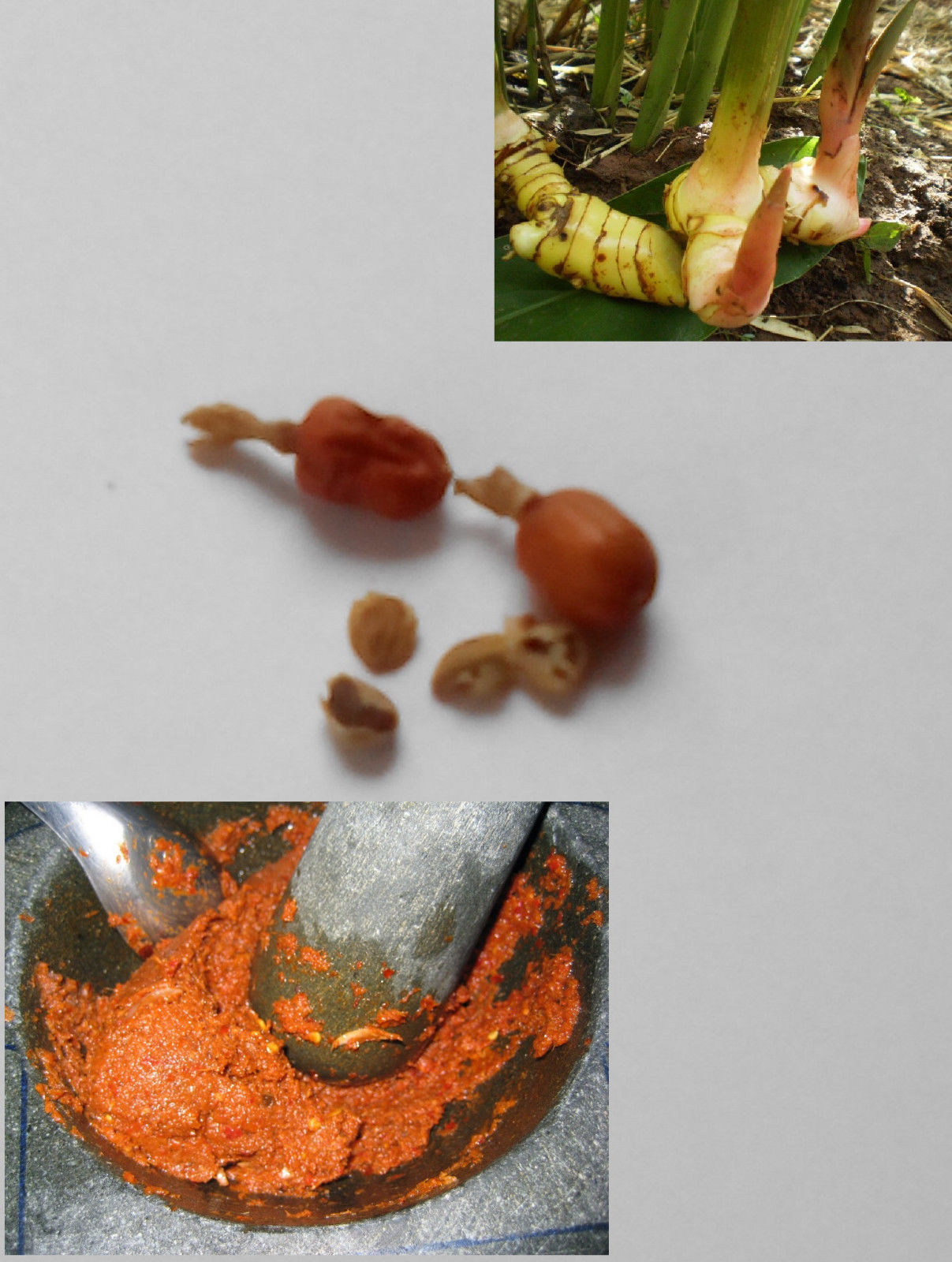 Galangal (pronounced guh-lang-guh) is often found in Thai, Indonesian, and Malaysian cooking and also herbal medicine. It is a very aromatic plant. Galangal has a distinct peppery flavour

It is often called Blue ginger but tastes completely different from ginger. Do not substitute one for the other in cooking

Normally just the root (the rhizome) is found and sold.

You will get @ 15 seeds. I strongly recommend using fresh galangal as it tastes bests and it is difficult to achieve the same flavour with its alternatives.

Stage 1: Combine together equal parts of peat moss, loam and sand in a bucket. Split the growing media into individual three or four-inch plastic pots until filled.

Stage 2: Pack down the growing media until it's firm and well compressed in each of the three or four-inch pots. Place the pots into a watering tray, or any other container that can hold about one inch of water.

Stage 3: Pour water into the tray so the three or four-inch pots will absorb enough water to become well saturated. Drain out any remaining water after the pots have been moistened.

Stage 4: Poke one-half inch deep holes in the centre of each three or four-inch plastic pot.

Plant each of these galangal seeds in a pot on its own, plant these just under the surface and cover with about one half inch of the growing media over the top of each of the holes. Cover the pots with cling film forming a mini greenhouse environment.

Stage 5: Transfer the tray of pots into a warm, bright location. The location should have a consistent temperature of between 21 and 24 deg. Celsius at all times. Ideally, eight to 10 hours of light daily also should be available. Germination of the seeds can begin in as little as 7 days, but can take up to 4 weeks. Pot up the seedlings into larger containers when they're about 2 to 3 inches tall. Give fertilizer once every 2 months to encourage plant growth. When a few months old move to a full sun location,but ensure the soil does not dry out.

Established plants need little care and maintenance as they are hardy and not susceptible to pest attacks. Water to keep the soil moist and fertilize once a month. Prune off dried leaf stalks. The flowers are yellowish white in colour. The fruit is small, about 1.25cm diameter and berry-like or pear-shaped. It turns from green to yellow to blood red when mature. 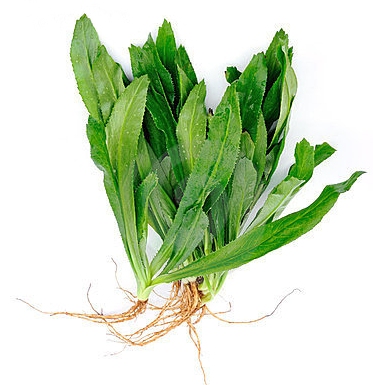 Culantro (also known as Thai Parsley or Pak Chee Farang here in Thailand) is the plant which is most similar to Cilantro in flavor and is used by many South American countries as well as in Asia even more frequently than Cilantro.

It is a little more difficult to start from seed but once it is established, it has a longer growing season than Cilantro.

How to grow: Keep the soil moist but not wet while germinating, and use a deeper tray than usual to accommodate the tap root. Transplant about 8 weeks after the seedlings emerge.

Grows best in moist, shaded positions with good drainage. It can survive in poor soils, but it is best to feed frequently with high-nitrogen fertiliser to keep the leaves soft. 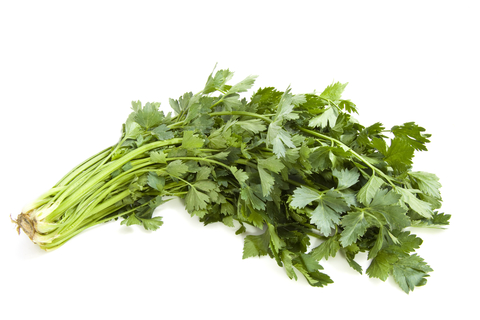 Coriander Leaves (Cilantro Leaves) are used often as a garnish with many Thai dishes. They are indispensable for Tom Yum soups.

As heat diminishes their flavor, coriander leaves are often used raw or added to the dish immediately before serving. Coriander or Cilantro resembles some kinds of parsley, but the flavor is very different.

(mellet pak chee) are the seeds of the cilantro plant.

Thai coriander seeds are normally smaller than the seeds available in Western supermarkets and are more stongly perfumed.

They are used extensively in various curry pastes, sauces, and marinades, the best taste is achieved by dry roasting to bring out their perfume and flavors at the time of cooking.

The Coriander roots (rahgk pak chee)are also used, often they are removed before it is seen in the Western market. These are pounded in a mortar and pestle, the roots enhance curry pastes and soups. A paste for grilled meats can be made with the pulverized root, white pepper, and garlic.

Just imagine how convenient it would be to have your own source of Fresh Kaffir Lime Leaves for your Thai Cooking.

Grow your own! Its easy! 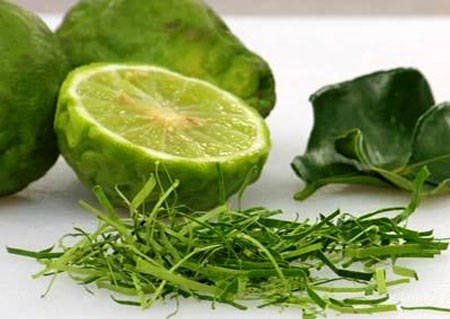 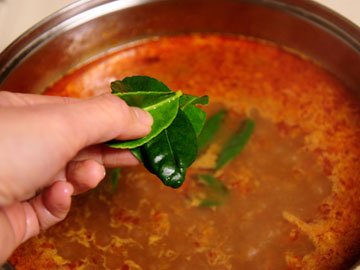 For all your Thai curries, soups, salads and stir fries, Fresh Kaffir Lime Leaves are an essential ingredient. The fresher the better.

These will happily grow in cooler climates inside. I have grown them successfully in Scotland!

The Kaffir Lime is indispensable in Thai cooking and cannot be substituted with other kinds of citrus. The valued parts are the leaves and the peel or zest of the limes. The juice is also aromatic but is not generally used in cooking since its perfumes quality can overpower light sour dishes. The dark green leaves come in double form – a more pointed top leaf joined to a more rounded bottom leaf. They impart not only a sweet, lemony scent but a wondrous flavour of their own to soups, salads, curries and stir-fried dishes.

For watery simmered dishes, the leaves are bruised and added whole; for dry dishes, they are cut into very fine hair-like slivers. To sliver, stack a few leaves at a time and cut at a slanted angle with a sharp knife; or use scissors. 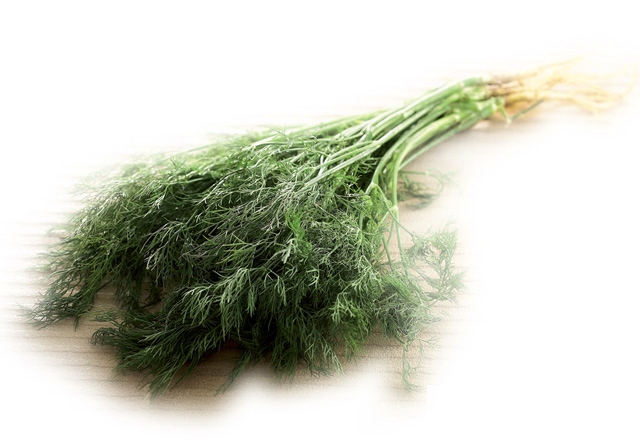 Fresh dill is used mainly in certain soups and in curries from the north eastern Thailand region, (Issan) which do not require coconut milk.

It literally means "coriander from Laos" in Thai, because it is mostly used in types of cuisine associated with Laos culture.

The north eastern region of Thailand or Issan as it is known uses dill in several variations of dishes such as Larb.

Dill requires warm to hot temperatures and a lot of sunshine to be able to cultivate successfully.

The soil should also be rich and well drained. 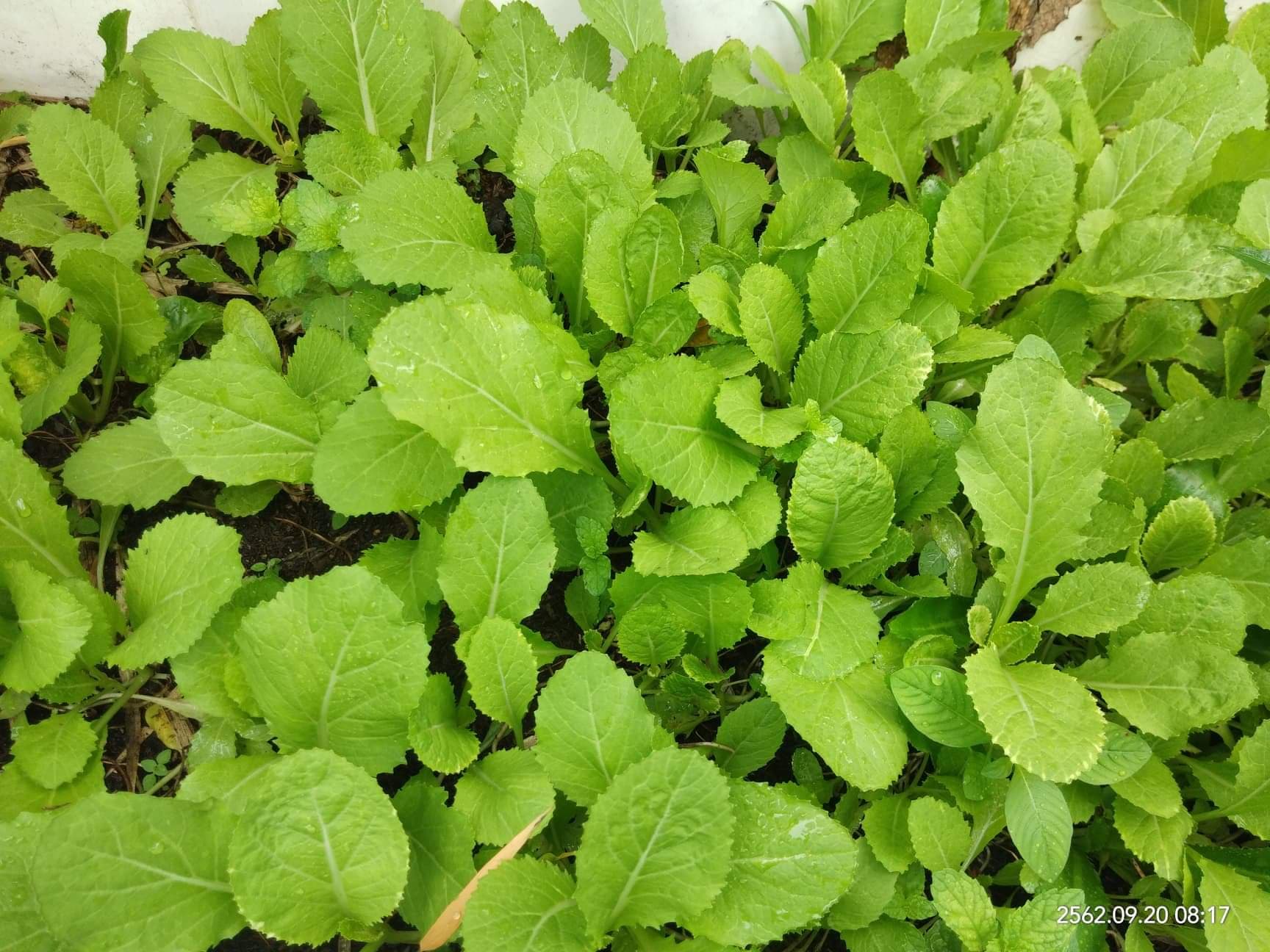 Easily grown for your own Thai wasabi, or Pak Kard Soi

Delicious in salads, soups, sushi and as an accessory to sashimi. Nice peppery bitter taste

Spread the seed into cultivated well drained soil (sandy mix is good for this) so that the seeds are about 5 cm (2 inches) apart and 1 cm (1/2 in) deep.

Maturity is reached in 35 days from sowing.Fresh

We can supply you with a wide range of traditional, unusual and tropical seeds from Thailand.

Our seeds include Kaffir Lime and Calamondin fruits; ranges of Plumeria / Frangipani, Adenium, Impatiens or Ylang Ylang flowers; 5 Types of the herb Basil; Spice like Galangal and Vegetable seeds even heirloom Jasmine and Sticky rice varieties.

You can be assured of the freshness and viability of our seeds.